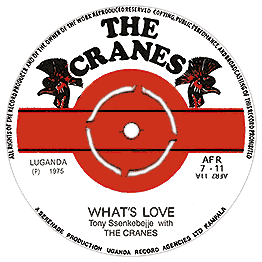 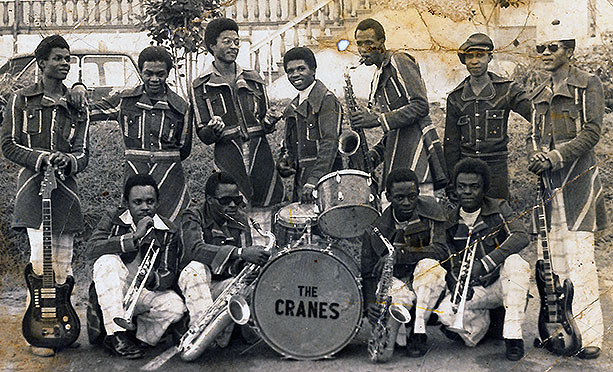 Kenyan singer Sal Davis has had a fascinating career and is still musically active; his ‘Makini’, released in Belgium in 1969, is a sought-after funky mod classic that was reissued on a collectors label in UK in 2008. He also recorded ‘Back in Dubai’ in 1984 which became a classic to the expat community there in the 1980s, participated in the UK Eurovision song festival in 1979, and further back he recorded a tribute to Qaboos, the Sultan of Oman who is said to have turned his country from a poor, rural society to an oil producing wealthy state in the 1970s (and he’s still in power today, ever since 1970). This ode to the sultan was released on Sal’s own label, the b-side is a lounge love song with funky drums but the a-side is what it’s all about. (Editors note; check out the interview with Thomas Gesthuizen aka Jumanne of africanhiphop.com with a brand new killer afro-disco mix to boot! 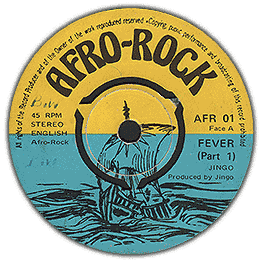 In all its splendor here is the original Kenyan ‘AFRO-ROCK’ label pressing from the mid-seventies. Let’s follow the lifespan of this song: 1977 – second pressing released in France . 1978 – Used in BBC documentary on African Music. 2001 – Compiled on Duncan Brooker’s Afro-Rock volume 1. 2005 – A remixed NYC/Cuban version with hip-hop vocals is released on Yerba Buenas Island Life album. 2006 – opens up the Last King of Scotland film, as soundtrack. 2010 – Afro-Rock Vol. 1 re-released by Strut with additional unissued material by the same artist. It could be interesting to know what Ismael himself gained from all this renowned fame. Ironically enough it seems from this deleted article that it was Kenya’s large on-going acts of music piracy that shelved his career back in the day. And sadly enough the article also tells us that Ismail Jingo passed away in Mombasa some years ago. In the light of its day ‘FEVER’ was obviously inspired by its West African contemporaries. With its catchy refrain, funky base and killer horn section it was unquestionably a hit record when it was released and to this day. Allegedly a dead rare original LP from Jingo also exists.