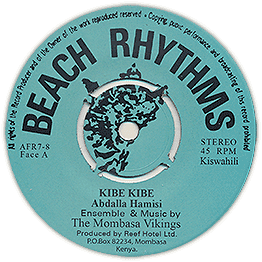 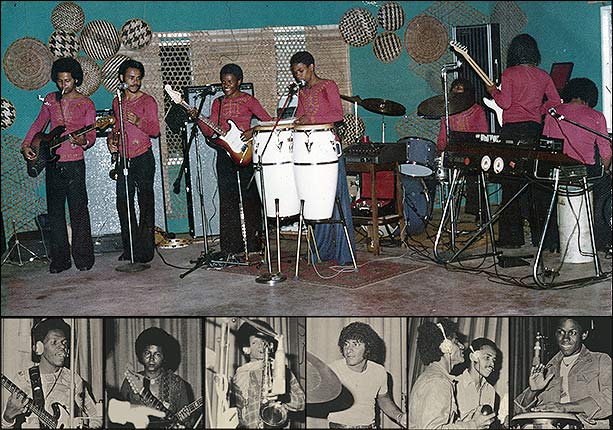 We have been up and down the coast of Kenya’s Swahili land scouting for records but we never came across this little 45. It was just a few years ago tropical master digger Rickard Masip turned up a copy in his own homeland of Sweden. Obviously a souvenir brought back from the Reef  Hotel Mombasa (still running today!).  A killer funky instrumental double sider. Percussive, organ, wah-wah and tribal vocal chant. Infectious!  The band also released a full album by the name of the Vikings ‘African songs’, recorded in Switzerland. Both songs from the single are featured on the lp but the 45 take sounds earlier and better to our ears. [audio:http://afroseven.net/songs/mombasa-vikings-kibe-kibe.mp3|titles=mombasa vikings – kibe kibe]