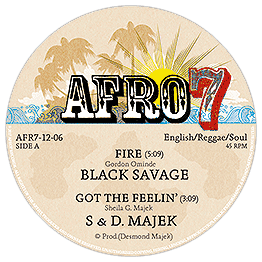 It’s a been a long while with no posts at all, and what about all those dusty Kenyan 45’s that are lying around that need another review or a bigger audience? Well, there has been so much other stuff going on that we’ve (we? Well it’s just me, one guy) just haven’t had time to do it. I promise more focus on this in the future with a fresh blog post on a regular basis. We generally put up new vintage singles in our music shop every week, so check in on the shop through this link every Friday! What we have now is the last in line of a series of special DJ twelve inches we’ve been doing for the last years.

Let me tell you about this one: the label these songs originally came out on was CBS Kenya, a local franchise of the American Colombia records which focused on local artists and imports to the Kenyan market in the late seventies and early eighties. With local pressing facilities at hand, there’s a number of international big names whose music got released on the Kenyan CBS imprint, ranging from Madonna and ABBA to Queen, and even Pink Floyd. There are also West- and South African and Caribbean artists, such as Caiphus Semenya, True Tones and Bunny Mack. For this release we focus on disco, boogie and reggae by local artists. The familiar Black Savage band (see AFR7-LP-03) is featured as opening act on this EP with their very last recording. By the time ‘Fire’ was put to wax, only band leader Gordon Ominde was left of the original line-up. Here he teamed up with Ali ‘Rastaman’ Magobeni, another veteran of the Kenyan music scene, for a reggae crossover sound that could fit a hit in the Kenyan music market of early 80’s. 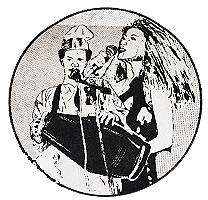 In the early years of CBS Kenya, before the ‘Fire’ single was released, Nigerian Desmond Majekodunmi was at the production helm running the CBS recording facilities. His Nigerian/American wife Sheila was a profiled singer in Nairobi at the time and the couple had several recording dates in Kenya. We’ve picked one that has a slightly quirky disco backing, but with the great voice of Sheila Majekodunmi in front. Read the full story of the Majeks in this write-up by renowned Nigerian music journalist Uchenna Ikonne, following Superfly Records’ recent reissue of their late 80’s Nigerian Polygram album.

Flip the 12 inch and you’ll find two great cuts by the mysterious OVID group. In coastal fashion, the lyrics to ‘Karibuni’ were aimed at tourists: “Welcome, welcome to Kenya”. The drum machine vamp and vocals serve as the intro to a more electric club cut with nice soulful vocals. ‘Operator’ is an uplifting reggae track.

All tracks on the 12 inch have been mastered by Frank the Carvery for club play. Get your copy where good music is bought, or online through our shop.