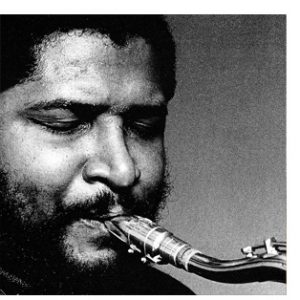 Jazzaggression and Plastic Strip Press are proud to present the rare recordings of Jamaican born saxophone player Fitz Gore and his group The Talismen recorded between the years 1975-1979.

The selection is carefully picked by Gore’s wife Gisela together with Johan Fredrik Lavik, Lars Moerch Finborud and the material is sourced from three extremely rare private pressed LP’s Soundmagnificat (1975), Soundnitia (1975), Soundmusication (1976), and the EP Soundnova (1979), all originally released by Gisela’s and Fitz’s private label GORBRA RECORDS, based in Bonn, Germany. Fitz Gore came from Jamaica to Europe in the early 50s and learned to play the tenor saxophone by himself. He travelled to various locations in Europe looking for musicians to play with and developed his unique spiritual ideas in music. For Gore the spiritual meanings – to be for real and authenticity – to play a meaning – was more important than to play licks.

The release comes in a 6-page digipack and gatefold vinyl with newly written linernotes by Gores fellow musician Ulrich Kurth and original linernotes by danish jazz critic Roland Baggeneas.  Also included is rare private photos and original cover art all pressed in a limited number of 500 copies only.